After two years at Stern and four semesters writing for The Oppy, this will be my last issue. My first article in The Oppy was an in-depth look at the political bent of the student body on the eve of the 2018 midterm election. This was followed up by an overview of the Vietnam spring break trek for The Oppy’s final paper edition.

The next thing I knew, the entire editorial staff of The Oppy had stepped down (Langone summer graduation) and I was annointed Editor-in-Chief. This was a shock – I had fully anticipated writing for the newspaper, but I had not planned on leading it, let alone re-establishing the entire staff. I decided to take on the challenge. However, re-recruiting rapidly caught up to me, and The Oppy fell further and further down my list of priorities.

Despite moving The Oppy to the back burner, I managed to make three critical decisions for the paper. First, I stopped the Stern administration from shutting the paper down altogether. The paper had become an artifact of a dying medium and a money sink at that. However, I knew that The Oppy had been around for over 30 years. I could not let it die on my watch. This took me to my second decision: discontinue printing. This might seem a sad end to an era, but copies of my first issue from November 2018 sit in the empty halls of KMC to this day. It also saved the paper hundreds of dollars a year, and OSE even offered to take over our website fees.

Finally, and most importantly, I found someone to take over The Oppy as I prepared to leave for Spain. Deirdre Keane had written an excellent recap of DBi China for the issue of The Oppy that never materialized. Over going-away beers, I apologized that I had never had a chance to run the article and mentioned that I was still looking for an editor, if she was interested. She jumped at the opportunity. Six months later, The Oppy is better than ever. I can’t wait to see what brilliant ideas her and her amazing team come up with next.

I cannot believe my time at Stern has come to an end so fast. These two years have raced by and I could have sworn I was sitting in Launch just yesterday. I have made lifelong friends, had incredible adventures in China and Vietnam, landed a sweet job, cased my ass off, oriented some MBA1s, and drank almost as much as I learned. When I left at the end of last semester, I never imagined that I would never set foot in KMC as a student again. Thank you to everyone who made this experience so great – I miss everyone and I cannot wait until we can blast beer again. Until then, keep your Stern Social Distance and enjoy the summer. Block who? Block 2! 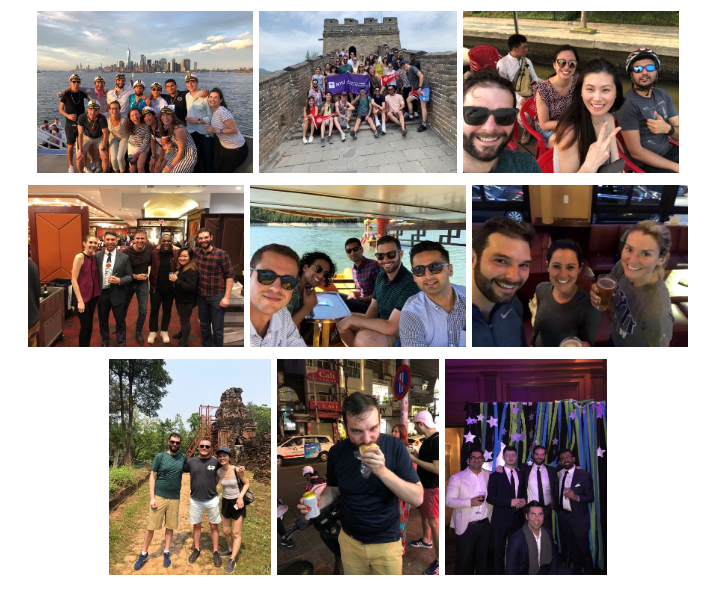